Lead teachers James & Ian will take you on a one of a kind 34 day yoga journey at the beautiful Kaomai Lanna resort in Thailand!

Discover more about the art of teaching, the path of tantra and conscious communications. Share this highly transformative, truly exceptional journey with us; surrounded by tropical gardens and stunning mountain views at one of our favourite retreat centres. 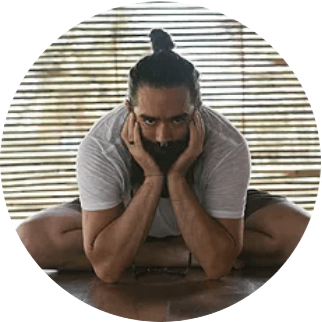 James was born in London and first discovered yoga in 2003, while at drama school. However, he truly caught the bug a few years later while performing in a Shakespeare production that toured India. His routine of sunrise practices overlooking the rooftops of Udaipur with an old yogi called Prakash sealed the deal. Since obtaining his 500 hour teacher training certificate with Tribe, James has completed 200 hours with Max Strom and taken further training with David Swenson, Yogrishi Vishvketu, and Tiffany Cruickshank and continues his studies on advanced training with Jason Crandell. His other major influences are Max Strom, Yogrishi Vishvketu, David Swenson, Christopher Wallis and his guru, Sri Prem Baba. 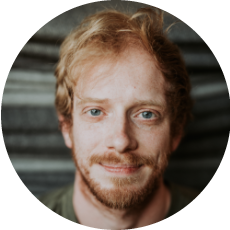 Ian LeMasters is a yogi, massage therapist and acrobat based out of Portland, Oregon. Originally from Texas, he relocated to the PNW in 2015 to further develop his skills as a career Yoga and Acro-yoga teacher. Today, he remains active in the yoga community as an experienced teacher and continued education provider for yoga instruction in anatomy and advanced asana in Portland, Oregon. His classes are heavily influenced by vinyasa and ashtanga-vinyasa yoga styles and he has been fortunate enough to study with amazing teachers such as Jason Crandell, Michele Loew, Doug Kellar and Jani Jaatinen.
In addition to Yoga and Massage Therapy, Ian has also studied hand-balancing under Jean-Luc Martin of the San Diego Circus Center and is the co-founder of IP-Acro’s acro-yoga program. Through IP-Acro along with Paul Hogan, he facilitates a handstand training program and acroyoga classes for beginner and advanced students.

The training is made up of 3 modules

2 | The Wisdom of the Chakras

HOW YOUR DAILY SCHEDULE WILL LOOK :

It is one of our favourite retreat centres and we are really happy (for you and us!) to have secured it for our training.

The Yoga Shala is bright, open and spacious and provides the perfect environment for deepening your practice.

The rooms are peaceful, air-conditioned and beautifully decorated. It is perhaps one of the most photogenic resorts in Chiang Mai, and when you visit it, you’ll see why! Every room is draped in flowers, the greenest of Ivy and the morning birdcall is the perfect soundtrack with which to begin our morning practice, we know you’ll love it!

The food is vegetarian and truly delicious.

In your free time you can relax by the pool, stroll within the tropical grounds or go hiking. You can also visit the nearby temples, hot springs and national parks.

The following prices are all inclusive of tuition, accommodation, meals, training and certification (upon successful completion of the course):

*All prices are in USD 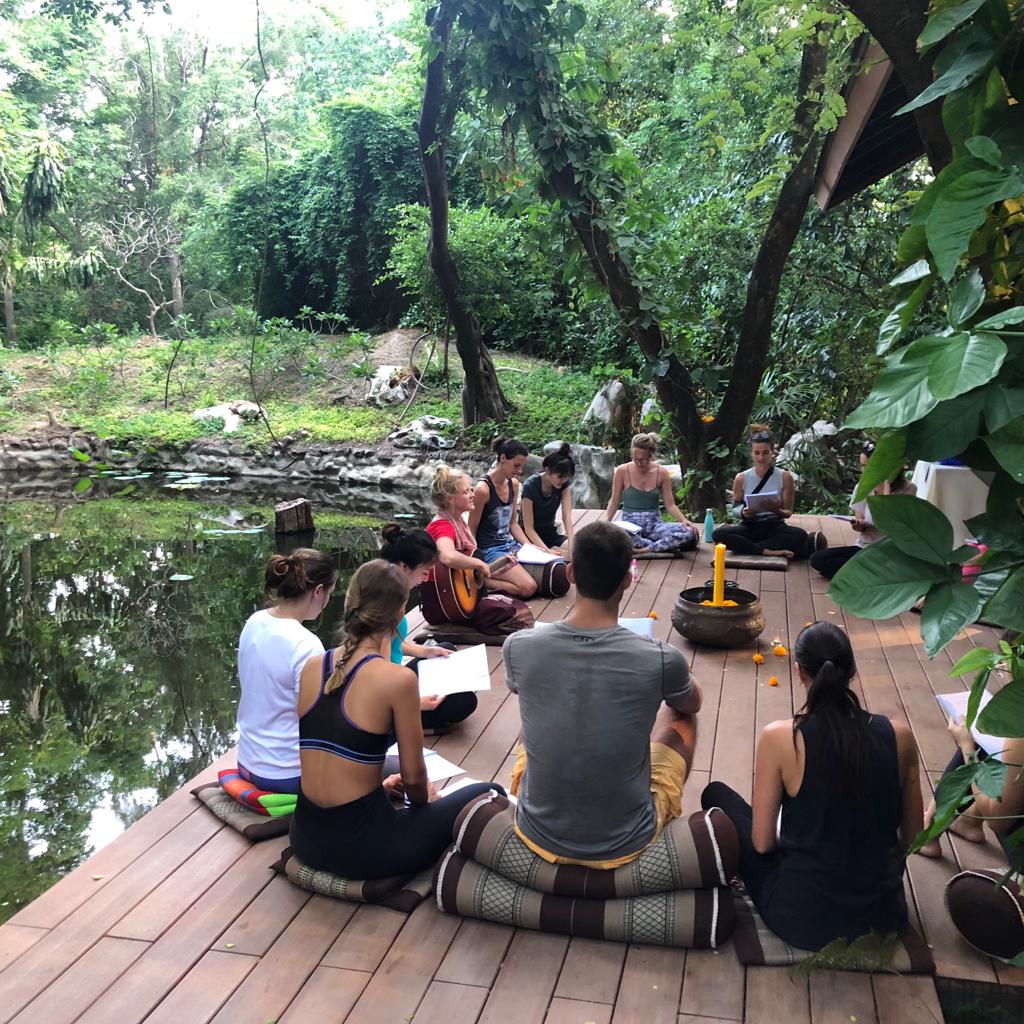 Kaomai Lanna is the perfect place for yoga training courses.

The resort is in a peaceful area, surrounded by nature and birdsong.

Every room has an en-suite bathroom and air conditioning. Drinking water, herbal tea, and all delicious meals are provided.

Plus, for those that want to stay connected to the outside world, Wi-Fi is available too!

Over the course of the training there will be a few days off which you can use any way you like.

You can explore the town and temples, go hiking, have a Thai massage (either at the resort or in chiang mai), take a swim in the pool, or bathe in the nearby hot springs. 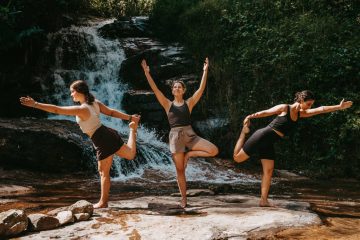 “If not now, when?”
Eckhart Tolle

Ready to step onto the Path of Yoga 300-hour Yoga Teacher Training?

Take your practice to the next level

The Path of Yoga is a truly transformative experience

Your path to becoming a Yoga Alliance 500-hour certified yoga teacher is so much more than learning breathwork and poses, it is a journey that will truly transform you and your teaching. 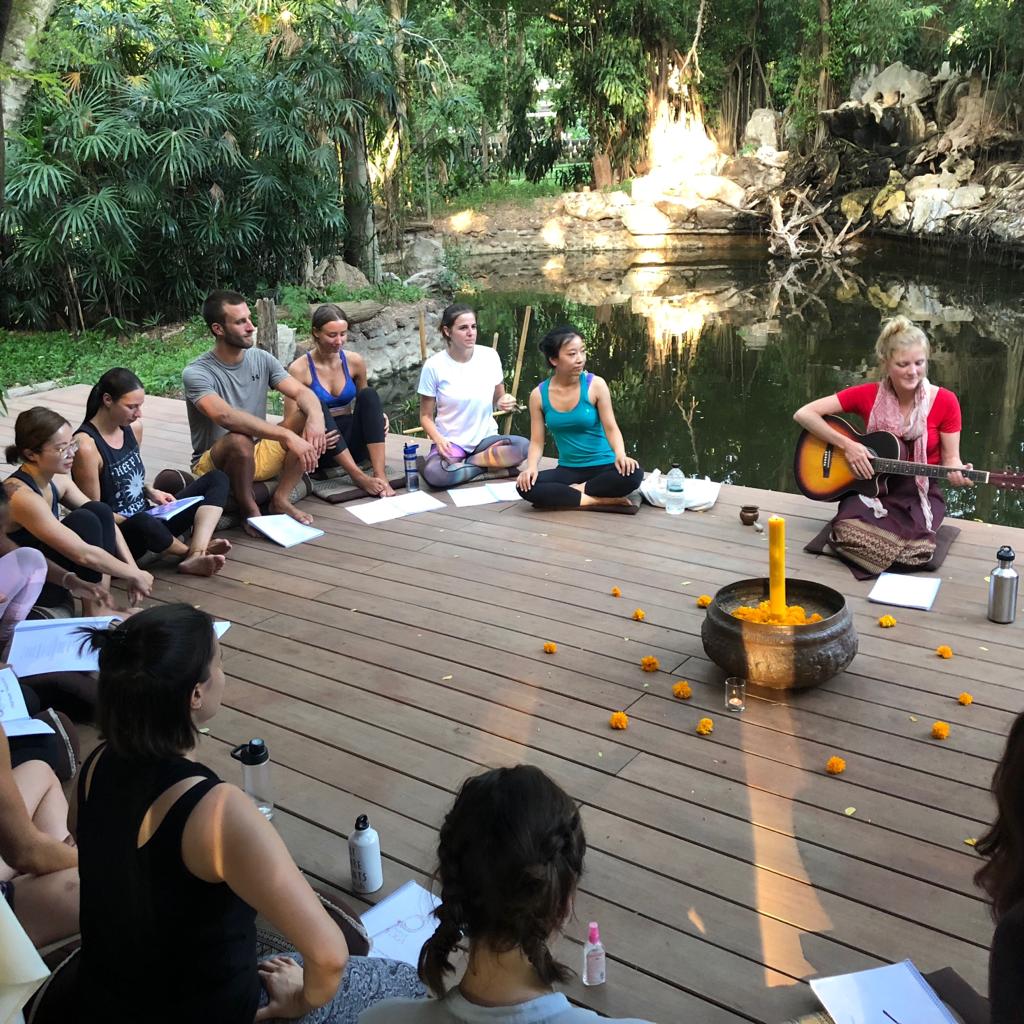 Ready to become more advanced with the Path of Yoga 300-hour Teacher Training?

From $3,697 including food, tuition & accommodation!

to secure your space