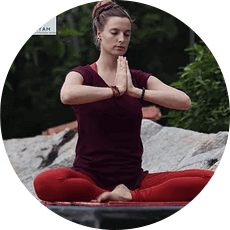 Amritha is a travelling full-time yogini, having been a fervent student, practitioner and instructor since 2008. Initial introduction to Yoga came through the trainings of a 1-month Intensive Yoga in Thailand (2008) and 4 months ashram residential Yogic Studies at Bihar School of Yoga in India (in 2012). Further education and international accreditation of RYA200 were obtained in January 2017 at Matatitu Yoga Ashram in Varkala Kerala India.

Amritha teaches Yoga Asana through Hatha and Vinyasa Flow, Pranayama, Meditation, YogaNidra, and the Science of Yoga in history, practice, and philosophy.

She first came into teaching when her college campus yoga teacher suddenly left, and after substituting for a while, ended up teaching there twice a week for two years and discovered that this was her calling. Inspired by an internal inquiry as to the nature of her identity and the world around her, she majored in World Religion and Philosophy, with a research thesis on Development Studies through Anthropology.

Amritha has taught primarily for health and social outreach initiatives in community based organisations in Nairobi, Kenya and Nedumangad, Kerala in India.

A most important moment of her life was in January 2013 in Varanasi, India when she was graced to meet her GuruJi; Sri Swami Kumarananda Giri MaharajJi. To Him, she owes all the maturation and development of her knowledge and being, with sincerest reverence and gratitude to SwamiJi. Since 2017 she has been conducting Yoga programs in service to Giri Foundation Charitable Trust, especially in Malaysia and Sri Lanka.

Amritha currently resides in Kerala, setting up Yoga and Well-being Programs for staff, clients and the local rural community at the Jatayu Earth Center, an upcoming spiritual and eco-tourism venture.

She is honoured and delighted to join the Path of Yoga in Rishikesh this April! 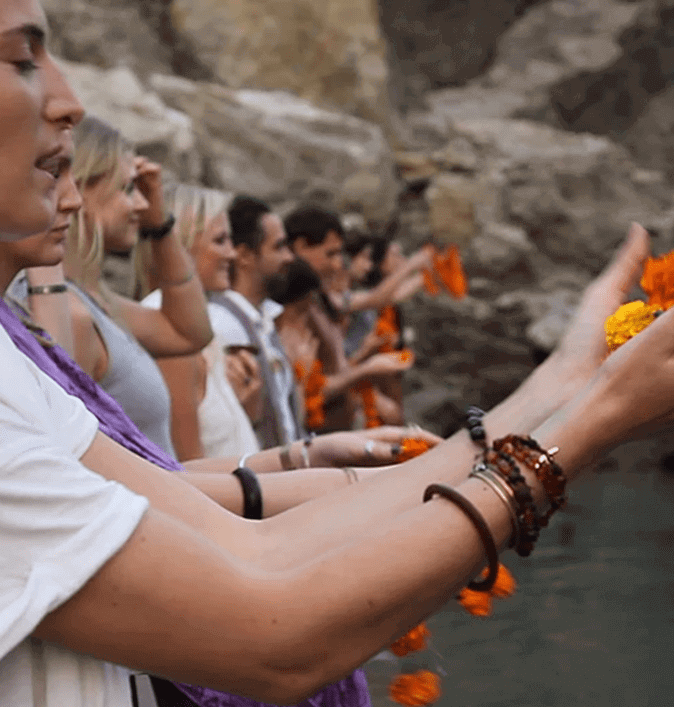